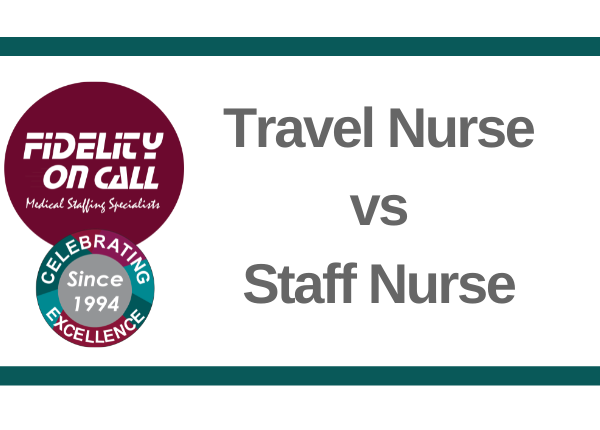 Comparing a travel nurse to a staff nurse is really like comparing an apple to an orange. Both are fruit, both are good for your health, but each still has differences.

✔ Enjoy the change in environment (typical change in assignments every 13 weeks; you may be offered to extend, or you can move onto the next location)
✔ Experienced in their nursing skills (travel nurses are not new graduates)
✔Adaptable (outside of showing a travel nurse the charting system and the lay of the land, travel nurses receive little orientation)
✔Exceptional interpersonal skills
✔Above average attendance records
✔Financially savvy to save for their own PTO/Vacation time and live a more flexible lifestyle
✔Flexible (you can choose the shifts you wish to work and the time off you want to take off)
✔Enjoys the perks of travel pay (competitive wages, tax free allowances)

✔Prefer to see the same nurses, techs, and providers day in and day (the only change is the patient)
✔Enjoys team meetings, unit committees
✔Likes a short or familiar commute to work
✔Typically receive lower pay but earn paid time off
✔Seniority matters

It is important when determining what is right for you, to always ensure you are choosing the right travel nurse agency to support you and/or the hospital that aligns with your mission in healthcare. Both offer several opportunities! Just remember you are never locked into one or the other. You have a career that has flexibility and opportunities. 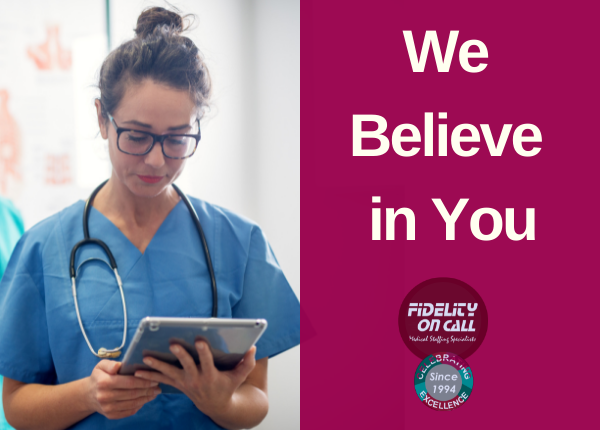 I think we can all agree, that shifting the blame happens in all lines of work.  A lot of people have a hard time taking responsibility for their own mistakes, errors, or shortcomings. It takes an emotionally intelligent person to be able to say, “Hey I was wrong. That was my error. Perhaps I am the problem in this situation.” When emotional intelligence is lacking, shifting the blame happens. This happens in travel nursing also. In these crazy times it does seem to occur a little more often than we have seen in the past, however we react the same as we always have.

For example, something is happening on the unit you are working on, and you are getting the blame.  When that complaint comes to the office, we have a process and we do not veer from that process.

Please know that we pride ourselves in the time and effort spent in every employee we hire. Something you may not know is we do not hire everyone that applies. We are very selective in our hiring process to ensure we find the right quality candidates who will honor our mission.  We also want to be a good employer match for those we hire. We believe in you and that is why we make the offer of employment to you. With that said, sometimes there is a complaint or a concern.

If there is a clinical concern:

Any clinical concerns are immediately reported to our Nurse Manager. Whether there is a medication error, charting error etc. the nurse manager is going to ask questions and investigate the documentation that may be provided. The nurse manager will reach out to the team member and ask questions. After investigating all sides of the situation, a resolution is then determined.

If there is a professional/personal issue:

Any professional/personal issues will be reported to your recruiter. When this happens, the following is done:

In short, we believe in you unless proven otherwise 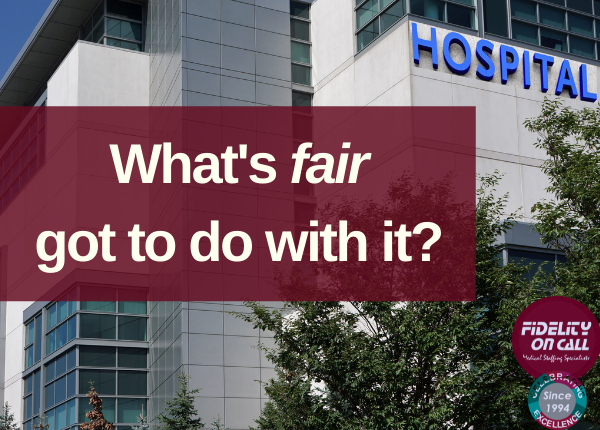 I am willing to bet that you think like me on at least one thing. And, that thing is “life should be fair.” I remember being a child and thinking for the first time “that’s not fair.” For some reason, the idea that everything in life should be fair was planted in me at a very, very early age. What about you?

Fast forward to where we are today and there are still things that, we believe, can be determined in the spirit of fairness.

Major ones for our company are how we treat our customers and how we treat our team members. We want to treat everybody fairly; but, over the past two years, there are aspects of our business that have not been fair.

One very major area for our customers came with the advent of “crisis rates.” Many articles have been written about crisis rates. Recently, a group of U.S. Senators and Representatives asked for an investigation into allegations of overpricing by nurse staffing agencies during the pandemic. Hospitals nationwide have spoken out about the “unfairness” of the rates charged, the inability to compete with pay packages and the loss of their staff over the past two years.

Yet another example of what has happened involves a lawsuit between a hospital chain and a staffing agency as they sued one another over staffing issues. The hospital refused to pay their $40 million bill (wow!) because the rates were illegally inflated and asked the judge to keep the agency from pulling staff from its hospitals. The agency contended it couldn’t pay its bills until the hospital paid them.

As Fidelity On Call has watched what has happened with billing rates and pay rates, we have spoken many times about the word “fair.” We have counseled several of our customers to not increase their rates. They thought if they increased their rates, they would attract more nurses to work in their hospitals. But, when rates increase in one place, the next one just follows and we are on a wheel that never stops turning. Recently, while on a call with a vendor management company and their contracted hospital, we advised the same thing. The hospital thanked us.

We have been deeply concerned with what we have seen regarding rate increases in our industry. We have also alerted our nurses that what went up will come down. Or, at least, that is what we perceive will happen. And, we want our team members prepared.

Our recruiters are the best. They have never deviated from our mission for the best of patient care; however, hospitals are reporting that nurses (not from us – but other companies) don’t care about their patients. They are there only for the money. Once again, everybody needs to be fairly compensated, but when we reach a point where it is all about the money, something has gone terribly wrong.

As we move forward we will continue to work hard to make sure the scale of fairness is even on both sides. That means we will provide the best of care and be fair to both our hospitals and our great team of nurses. 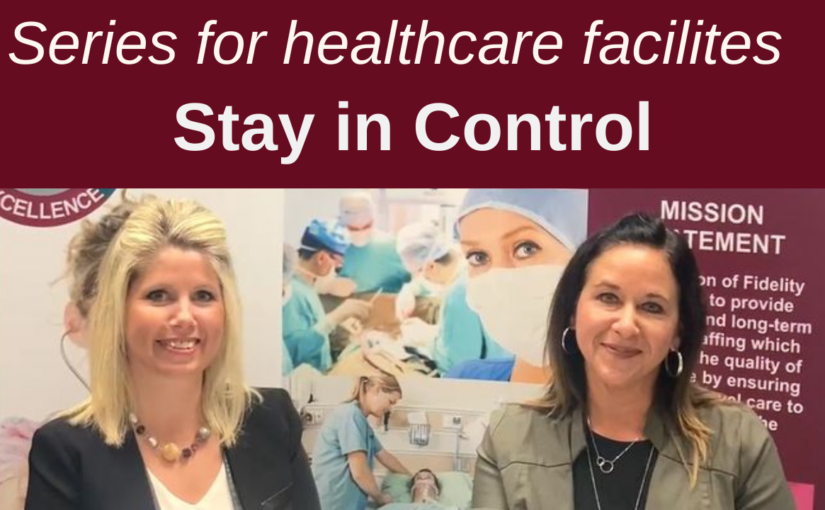 When you are working with a travel nurse agency, how do you maintain control over who is coming into your facility? Learn how the process works, whether you allow us to select the nurse for you, or you select the candidate yourself.

This video is part of Fidelity On Call’s series for healthcare facilities, where we discuss all things related to filling positions with a travel nurse agency. We answer frequently asked questions and share tips on how to make sure you get the best quality medical staff for your facility. 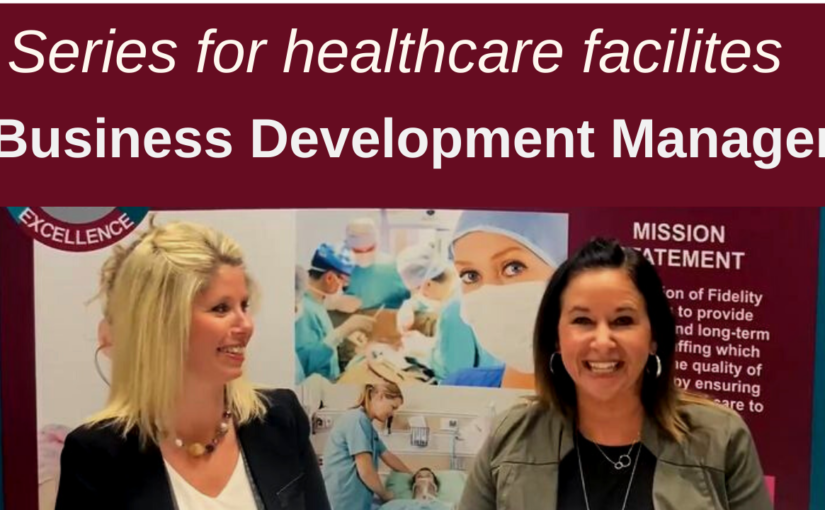 The relationship you have with your business development manager at a travel nurse agency is critical. Learn what to expect and how we assist facilities that work with us directly.

This video is part of Fidelity On Call’s series for healthcare facilities, where we discuss all things related to filling positions with a travel nurse agency. We answer frequently asked questions and share tips on how to make sure you get the best quality medical staff for your facility.