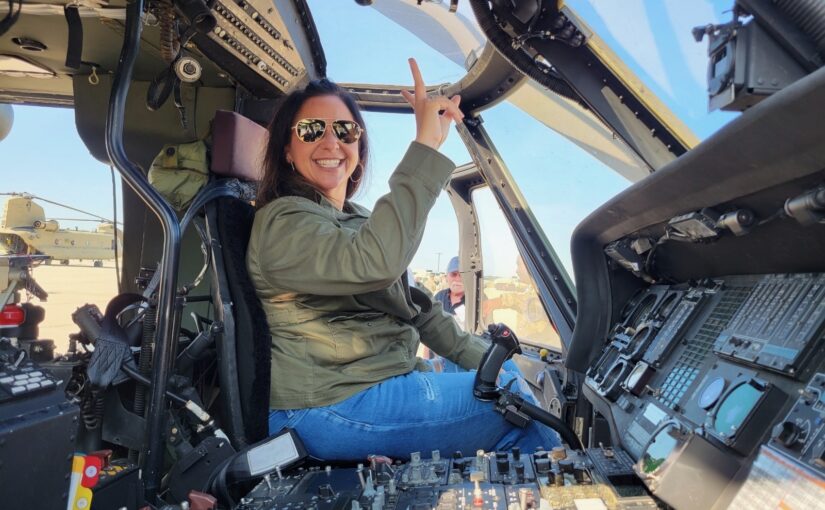 When our recruiters hire a member of the Guard and Reserve they recognize that they are essential to the strength of our Nation and the well-being of our communities. We are proud to say that we have Army, Air Force, Navy and Marine veterans all working for us along with our “weekend warriors” who are part of the National Guard.

During her time at Fidelity On Call, Kellie Short, Sr Recruitment Specialist and General Sales Manager, has hired and worked with many members of the military. Fidelity On Call and Kellie have been recognized for the exemplary job done in working with our military travelers who need to take and coordinate their leave when duty calls.

Because of her commitment to these nurses, Kellie was nominated by LTC Jason Burnett and Elizabeth Burnett to take part in the Illinois ESGR Bosslift.

When she received the notice that she was selected she was told to report at the air base on Airport Road in Peoria. She would be flying in a Chinook helicopter!

Kellie was prepared when the day came. After touring the base, she donned her ear mufflers and took off for a ride that had her touring over Peoria and the Illinois River. It was a very special experience and one that won’t be forgotten anytime soon.